This guitar is known as Dave's main axe. It was originally black with a Megadeth logo and refinished in the early 90s with a silver metal flake paint. It was mainly used in the studio and seen quite rarely on stage.
Dave's comments in that feature are mostly BS. DM010 serial could not have been his first Jackson. Also the guitar most likely cost 800-1000 usd originally - not 3000. Also I challenge people to find pics of old Megadeth logo King V with the control layout or pickup position similar to DM010. If it was his main axe back then I wouldn't have over 100 pics of his other guitars from that time and none of this one. My theory currently is that this was originally one of the RIP era Megadeth logo guitars. The one with the Anarchy stickers has a matching layout. I will try to research this matter more throughly later on...
DM010 is still with Dave although it has been offered for sale two times. Once during the infamous Ebay auctions (although it was withdrawn then) and currently through Megadeth's official website. 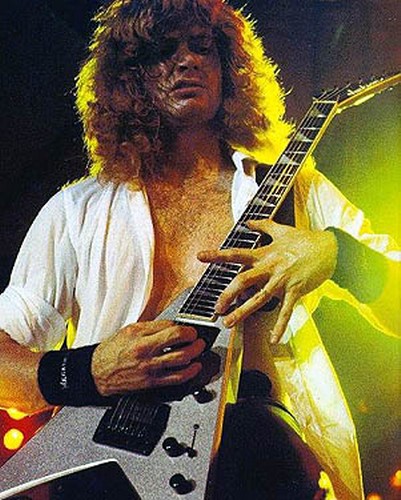 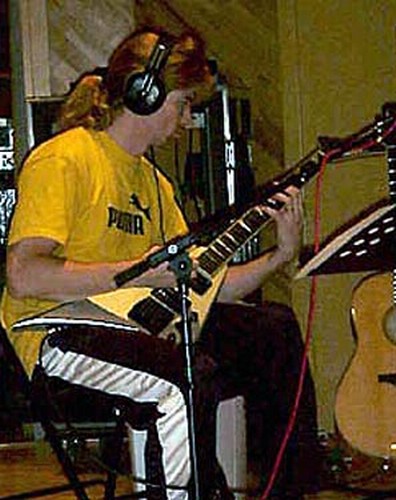 Guitar World had a poster feature of this guitar and you can find a scan of it HERE. 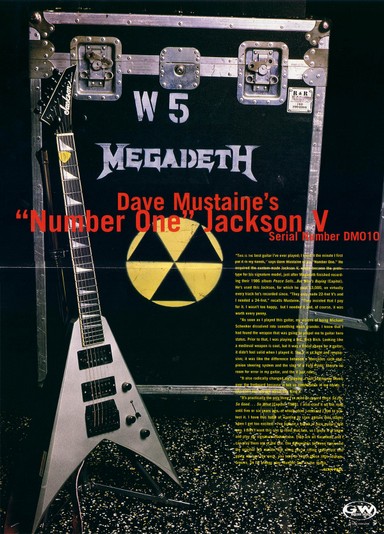