- shape: between the Gibson Explorers 1958 and 1976, but with headstock like a "banana"
- construction: set neck (with a step where the neck joins the body, similar to a Gibson explorer
- neck: mahogany
- body: mahogany
- fingerboard: rosewood 22 frets XJ with pearl dot inlays, 24.75" scale (628mm)
- electronics: active EMG 81 (bridge) / 81 (neck), 1 Volume, 1 Tone, Toggle 3 way selector
- hardware: Gotoh tuners, ABR-1 Tune-O-Matic bridge and stopbar, Black Hardware
- logos and serials:
-- front of headstock: "ESP Custom" light grey/gold glittered logo
-- back of headstock: "????????" (8 digits) serial number stamped in white or black (NO "ESP Custom Guitars" circle logo)
colors and other features: olympic white
- notes: "So Fucking What" written on the upper horn and various stickers added all over the years. In 2002 James has totally changed the look of this guitar. It is now covered in custom artwork.
Standard MX-220 with dot inlays and olympic white color. It is the 2nd ESP guitar of James, also his favorite.
The input jacks are round and recessed into the body in models from 1987 to 1989, from 1990 there's a plate held by four screws, the truss rod cover changed to a 2 screw Gibson style which was no longer flush with the nut but everything else stayed the same including the step in the neck.
James used this guitar live during the Damaged Justice tours and recorded almost everything on Black Album and Load with it.
James could be seen playing the solo on Nothing Else Matters in the Official Video of the same song.
He used to use this guitar live, but now retired it for studio use because he is afraid something might happen to it on the road.
Acquired during the recording and promotional tour albums "... And Justice For All". It is decorated with stickers and captions like "LA Riders", "Mud Flap Woman" (both were added later), "So fucking what" (now James has fallen off 2 stickers). For curiosity I mention, that on this guitar James recorded most of the tracks for the album "Metallica (The Black Album)" and "Load", and you can also see it in the video for "Nothing Else Matters". 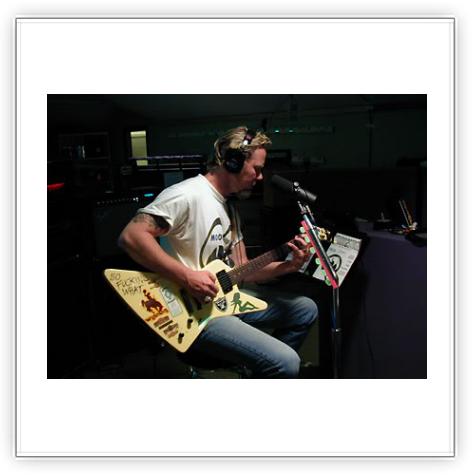 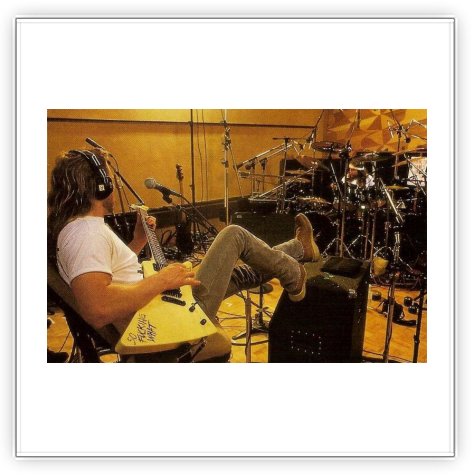 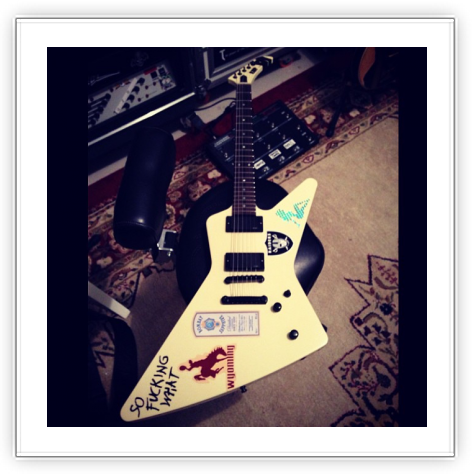 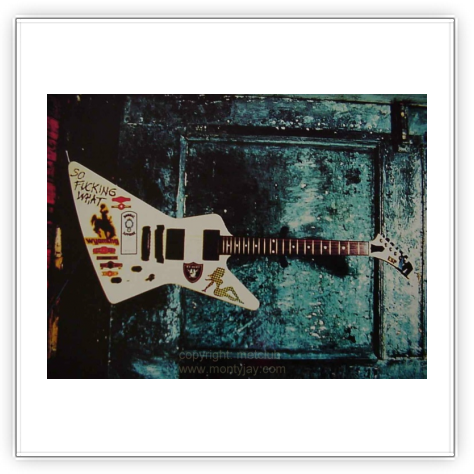 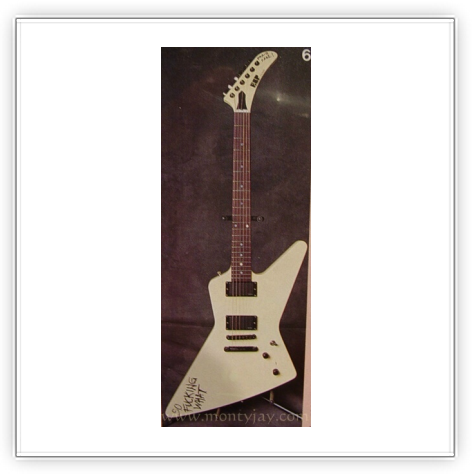 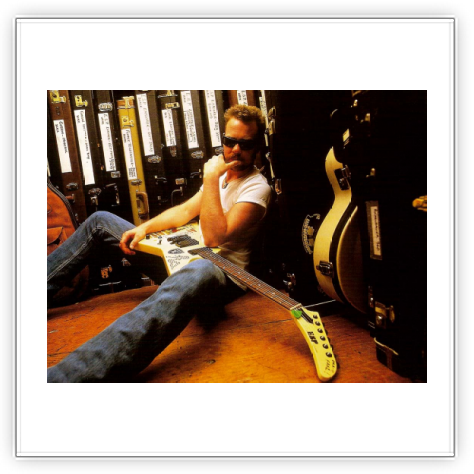 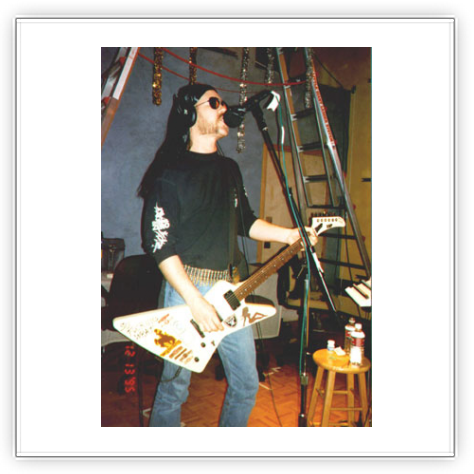 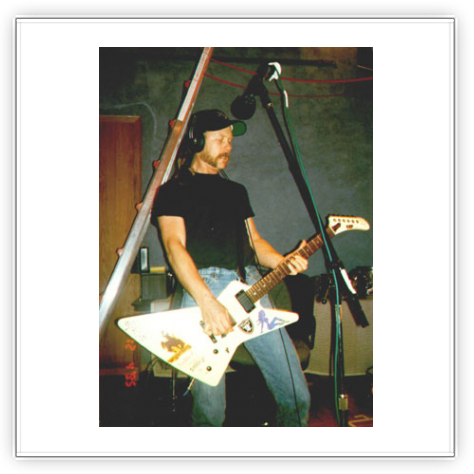 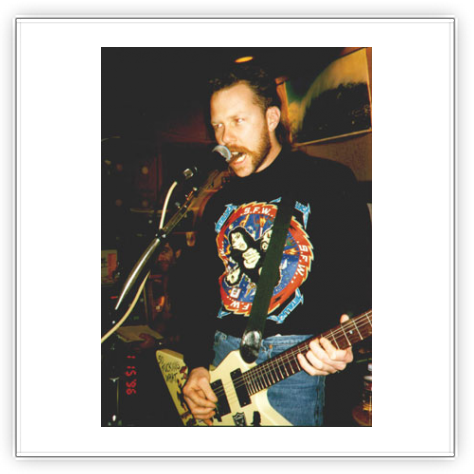 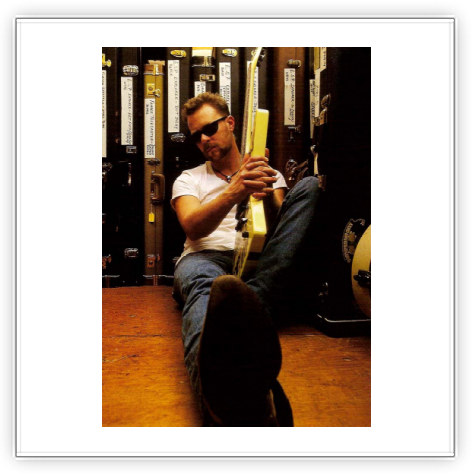 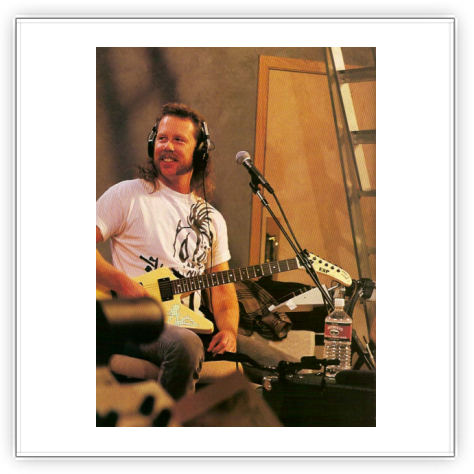 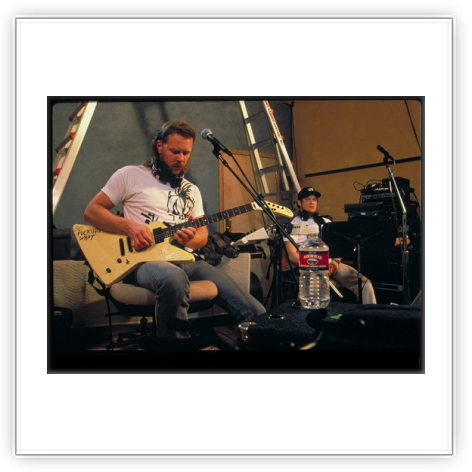 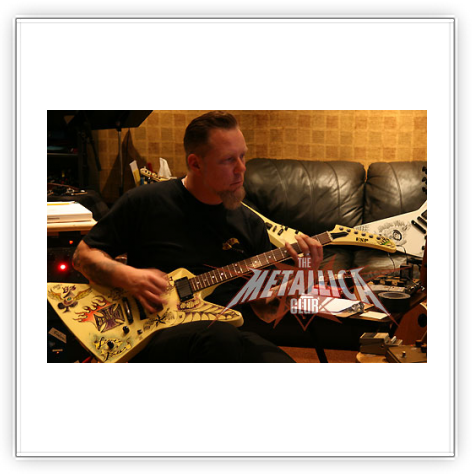 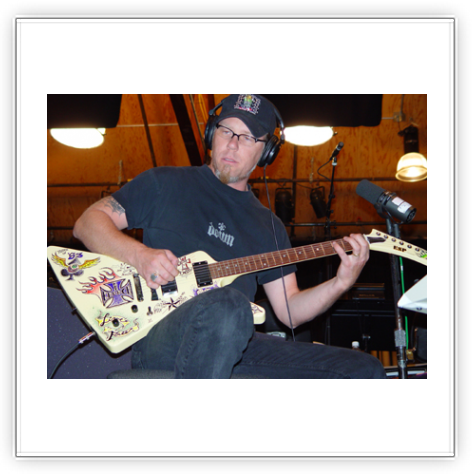 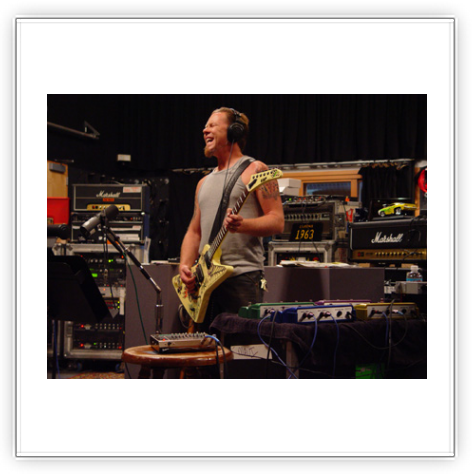 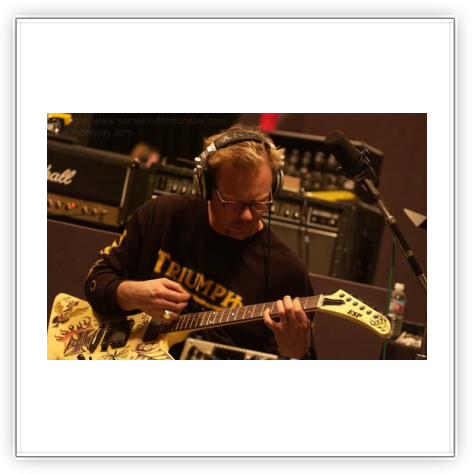 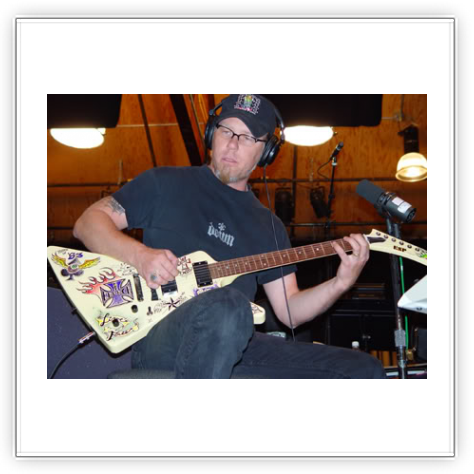 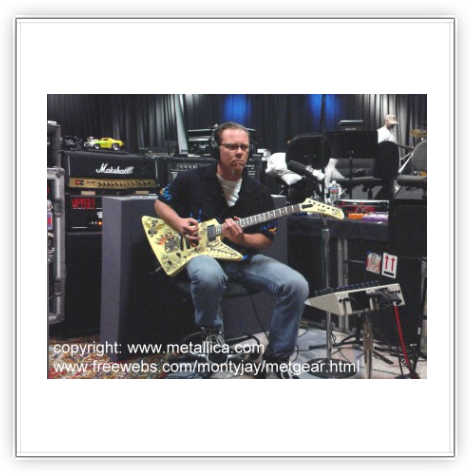