- shape: between the Gibson Explorers 1958 and 1976, but with headstock like a "banana". The toggle switches on the first two James explorers were closer to the volume knob than later explorers, and they had a unique two screw truss rod cover that mounted flush with the nut. Their input jacks are round and recessed into the body in models from 1987 to 1989, from 1990 there's a plate held by four screws, the truss rod cover changed to a 2 screw Gibson style which was no longer flush with the nut but everything else stayed the same including the step in the neck. (but the Black I've found doesn't have this step...maybe is one of the last made before changing to MX-250)
- construction: set neck (with a step where the neck joins the body, similar to a Gibson explorer
- neck: mahogany no "banana" headstock (headstock like MX-250)
- body: mahogany
- fingerboard: ebony 22 frets XJ with pearl dot inlays, 24.75" scale (628mm)
- electronics: active EMG 81 (bridge) / 81 (neck), 1 Volume, 1 Tone, Toggle 3 way selector
- hardware: Gotoh tuners, ABR-1 Tune-O-Matic bridge and stopbar, Black Hardware
- logos and serials:
-- front of headstock: "ESP Custom" light grey/gold glittered logo
-- back of headstock: "????????" (8 digits) serial number stamped in white (NO "ESP Custom Guitars" circle logo)
colors and other features: Grey Sparkle
- notes: "Fuk 'Em Up" on top corner, "LA Riders" between pickups and "Scarry Guy" on headstock.
One of James's live guitars during the Damaged Justice tour.
It is a sort of mix between MX-220 and MX-250, ebony fretboard and no banana headstock.
Could be seen in the 1989 Seattle gig on the Frayed Ends of Sanity Jam and on "Live Shit: Seattle" and performs her song "Whiplash". 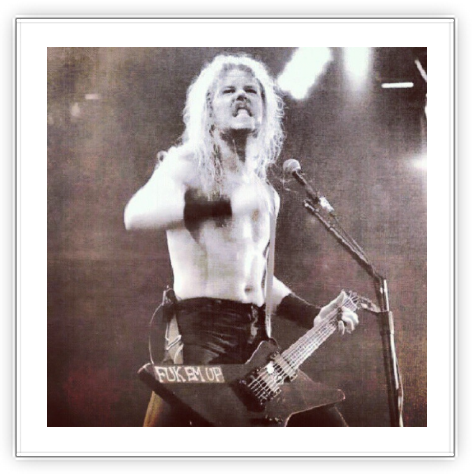 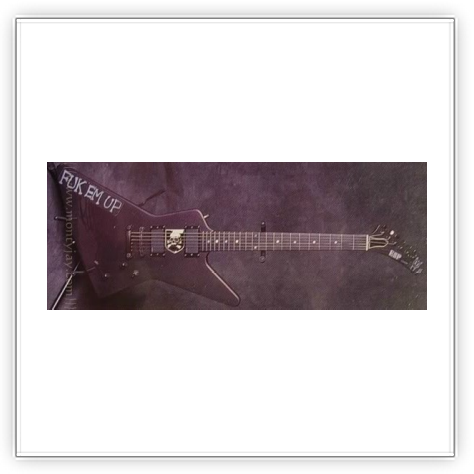 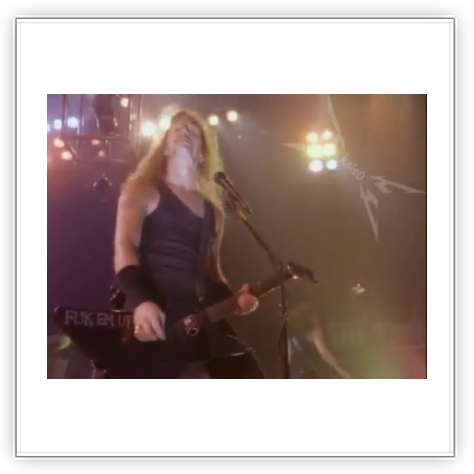 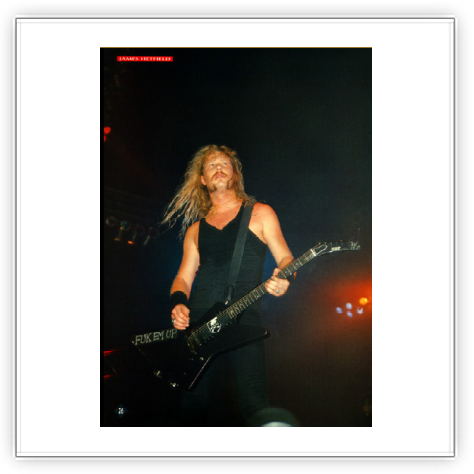 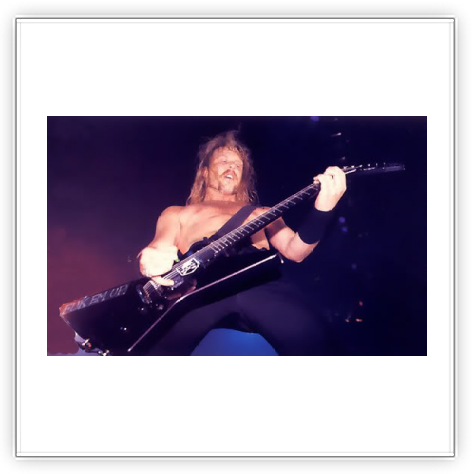 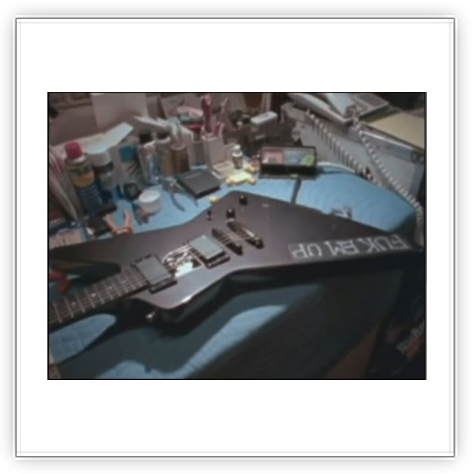