- logos and serials:
-- front of headstock: "ESP Custom" light grey/gold glittered logo for black guitars, black/gold glittered for white guitars
-- back of headstock: XXXXXXXX (8 digits) serial number stamped in white or black (NO "ESP Custom Guitars" circle logo), follow the ESP Serial Numbers Legenda.
You can deduct the production data from the serial (or papers if you have it).

If you have other records please help me!!

- colors and other features: Black, Olympic White, Snow White. They comes out with leather gigbag, optional was the ESP hardcase.
- notes: This is the most famous model that James Hetfield use. To the new design of the MX-220 was given the name MX-250.

The body style of the old ESP Explorer (MX-220, MX-250, EXP) was retired due to Gibson Lawsuit in 2000, and a new body called "EX" was introduced.
Starting from 2000 the MX-250 model was available only for Japan custom orders (called MX-2). They made only few every year at Kiso or Tokyo factory, BOTH are made by hands as custom order (so they have same quality).
I really don't understand how Gibson have won this lawsuit because the shapes are very different from Gibson explorer, and it's hilarious that Gibson in 2012 release the "Epiphone 1984 Explorer EX" copying control pot configuration of ESP MX-220/250/EXP for revenge. 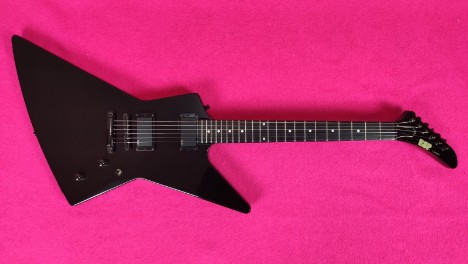 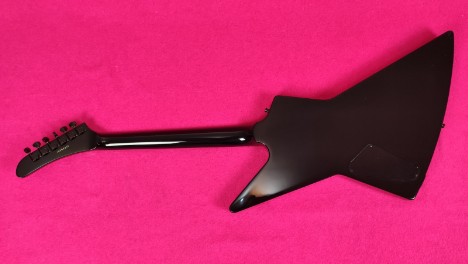 LIMITED EDITIONS - Called in Japan "Special Interest Group"
They are all custom orders, no production series.
In the early 90's if you want a guitar like one used by James, you have only to ask at the custom shop.
So at today only few are available, the ones built as custom order from rich metallica fans on early 90's...
"MAN TO WOLF" inlays, about 10 pieces made.
Until now I've tracked 5 of them (including the original owned by James Hetfield).
N.01 - MADE IN 1991 FOR JAMES HETFIELD
SERIAL: ????1??? (Do you have a pic of the back of the headstock? Please contact me!)
The first and original owned by James Hetfield. It have 2 screw truss rod "bell" cover. Was in exposition at ESP Museum (above the ESP Craft House in Shibuya, Tokyo). In 2019 James start to use it again on live gig!
FOR MORE PICS OF JAMES ORIGINAL MAN TO WOLF GUITAR CLICK HERE 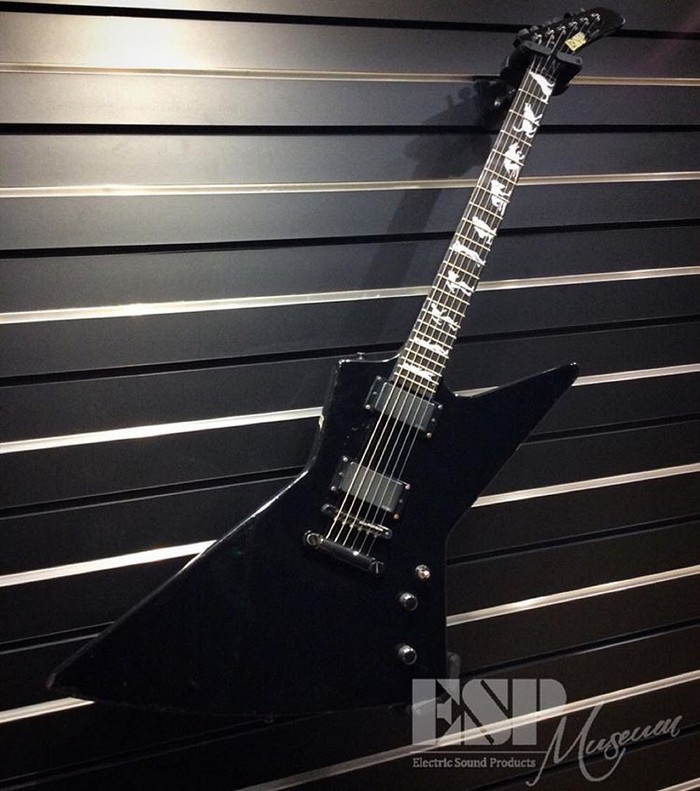 N.02 - made in 1992
SERIAL: 14072XXX (made on July 14, 1992)
This guitar was found in Japan by Erick-KKV and sold in 2015 to "ezguitars.net" (Singapore). Thanks to "ezguitars.net":
"Back in 1991-92, when James was using this guitar extensively on the Roam tour, ESP in Japan made a special limited run of these guitars called the Metallica Special Interest Group. Today, 25 years later, how many were actually made is unknown, but I'm guessing that it's about 10... max. Apparently some that were made were recalled before they were sold. If you wonder, "why on earth did they not make more in all that time?" I can think of a few reasons. Firstly, it was extremely expensive for its time. The casual guitar fan would not be expected to buy it (hence 'special interest group') and guitar snobs with the dough would never touch such a heavy metal-looking guitar. The "signature guitar" market as we know it today did not really exist, and the ESP guitar company itself, was much smaller. Secondly, they were available to the domestic Japan market only. Thirdly, as was the case with the MX220 Eet Fuk, it may have offended James to know that his creations were being sold to the masses and so ordered ESP to desist." 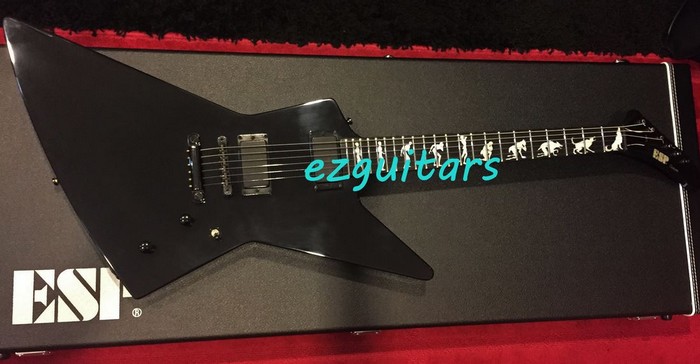 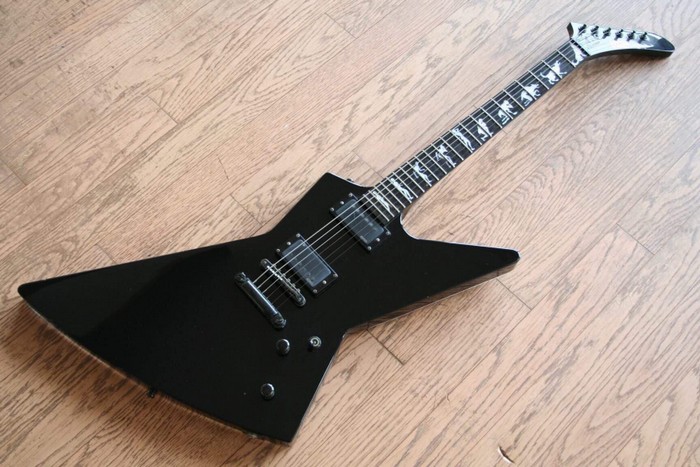 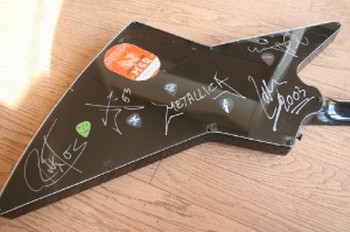 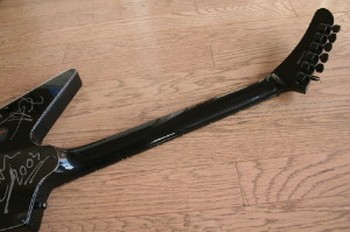 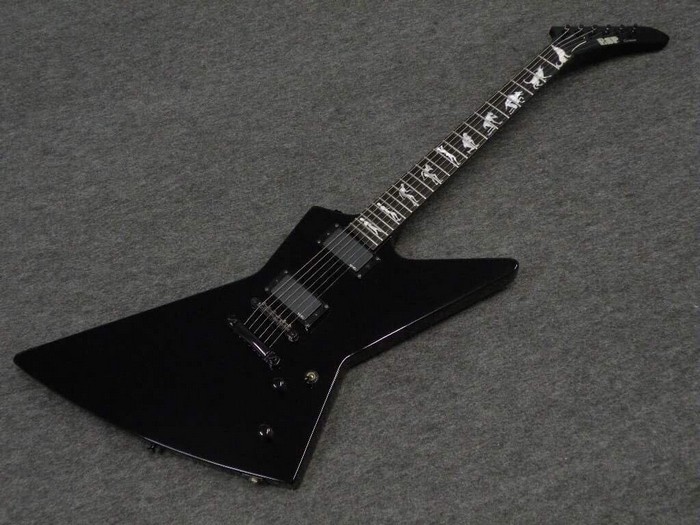 Some differernces between this one and others:

- white glittered ESP circle logo in the back of the headstock (like the EXP model for example);

- some differences into the inlays (less sharp);

This is an example of a custom inlay work over a standard mx-250 to replicate James one. 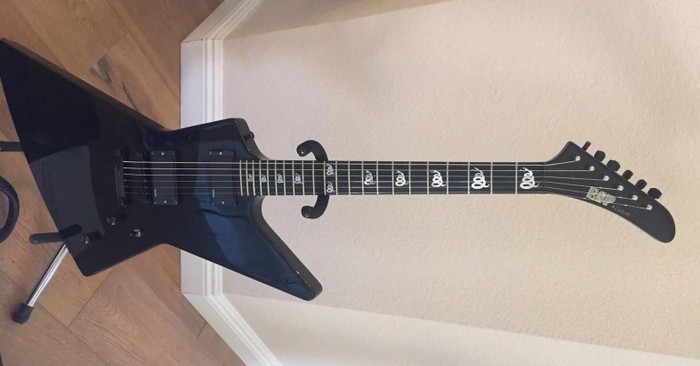 HEY GUYS, BEWARE OF FAKES!!!
THERE'S A LOT OF FAKES MX ON THE WEB!
If you have any doubt, feel free to ask me. 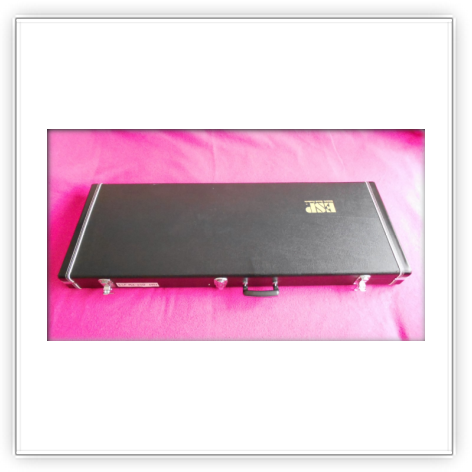 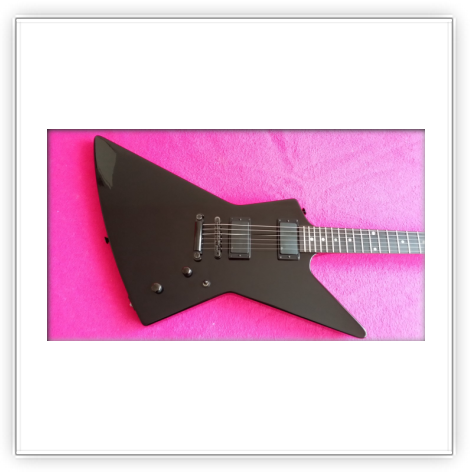 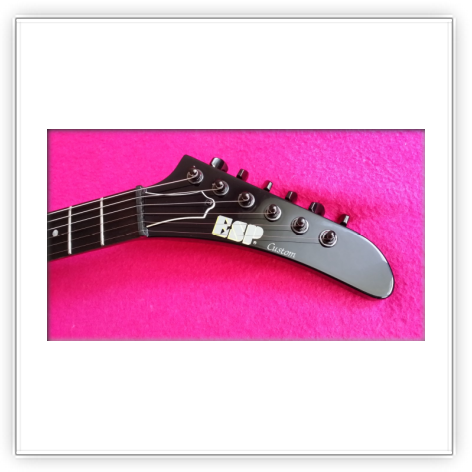 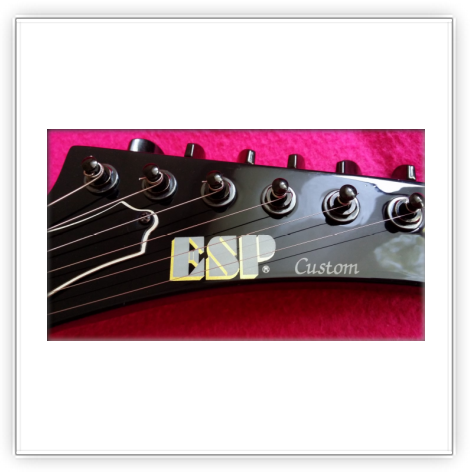 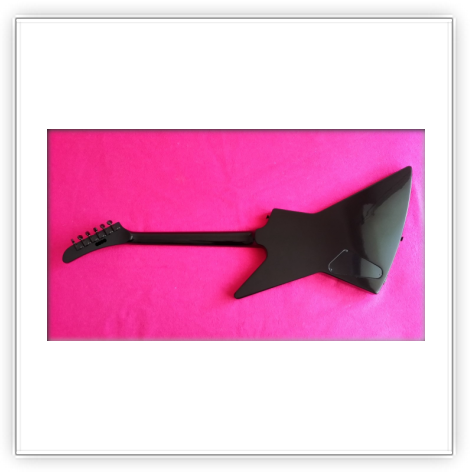 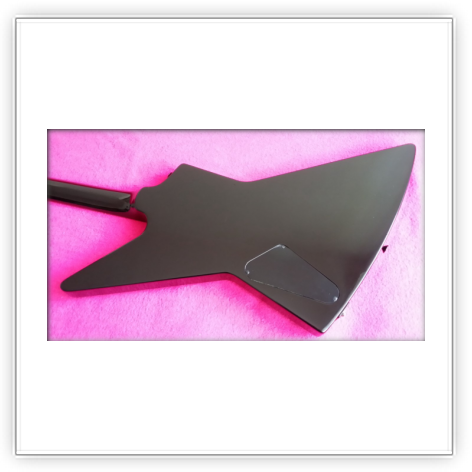 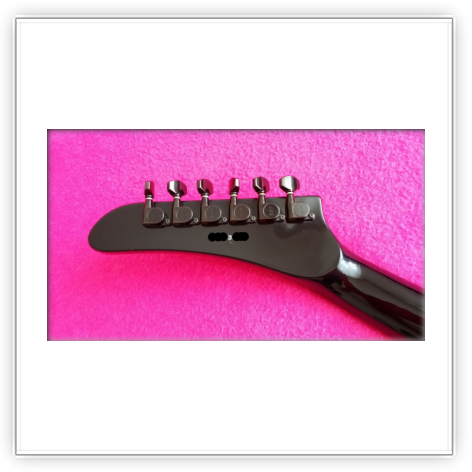 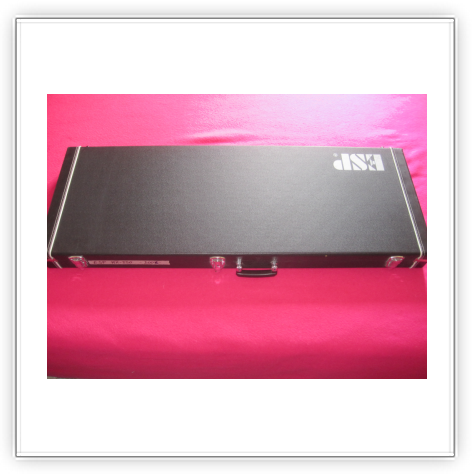 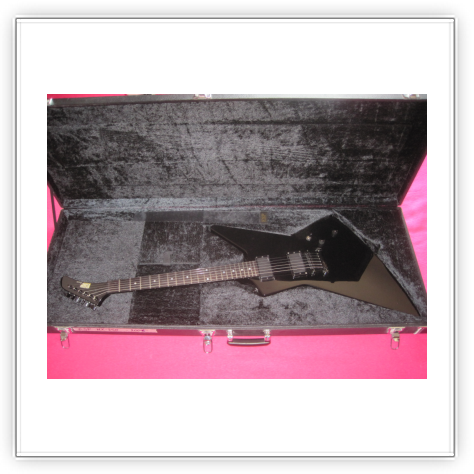 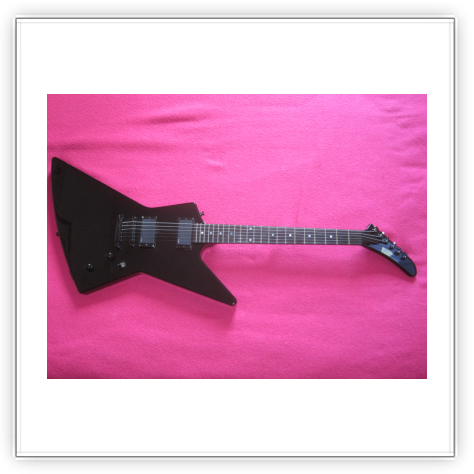 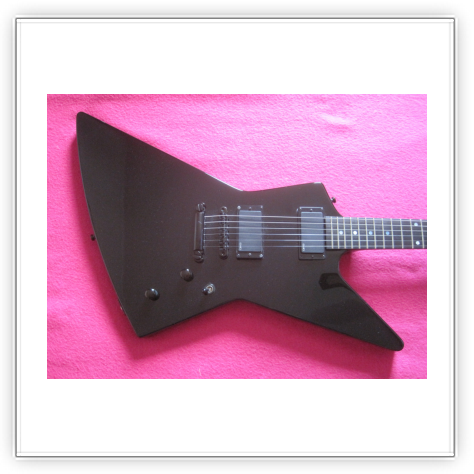 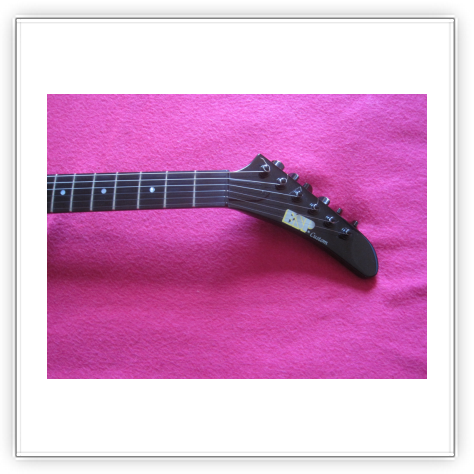 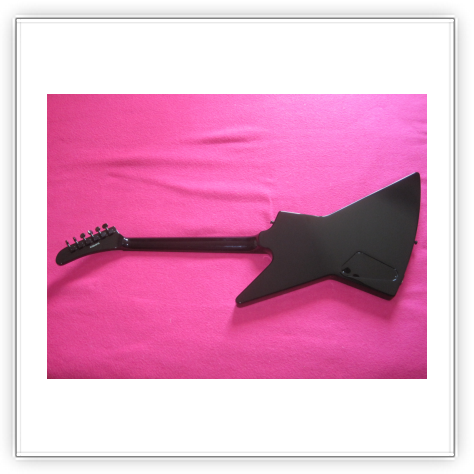 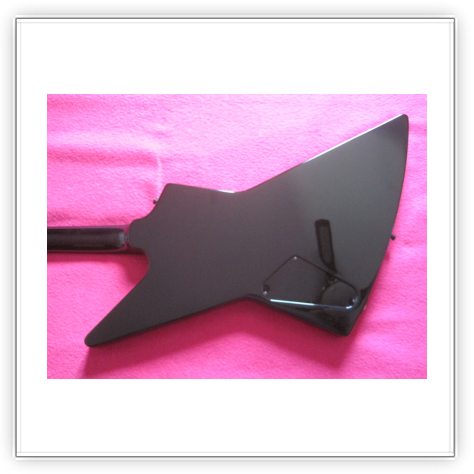 [only custom order, about only 3 pieces made] 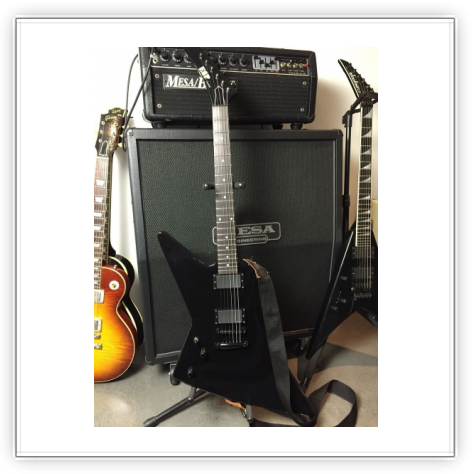 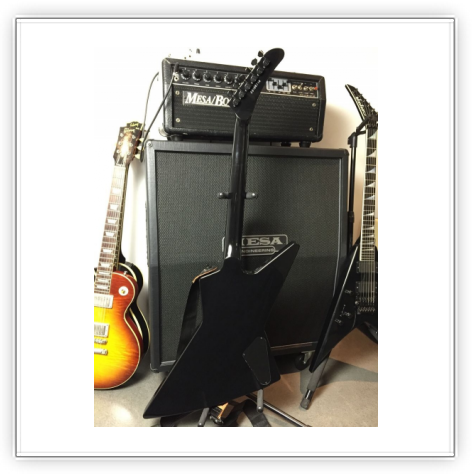 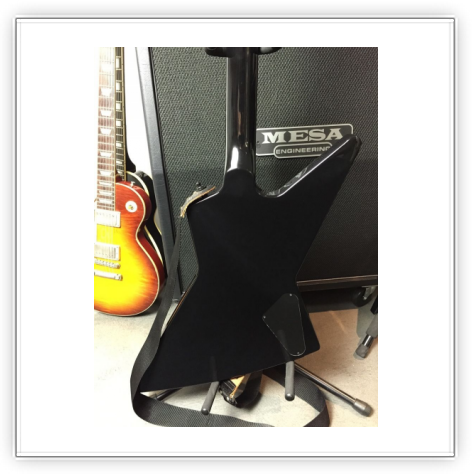 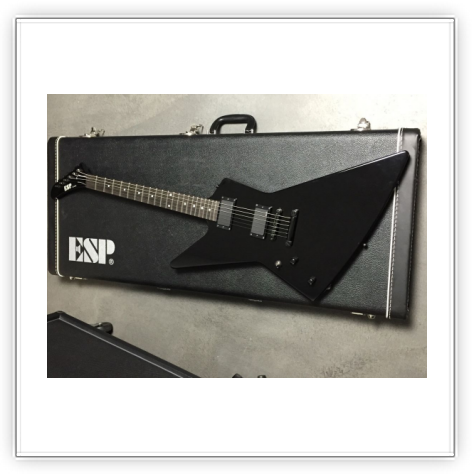 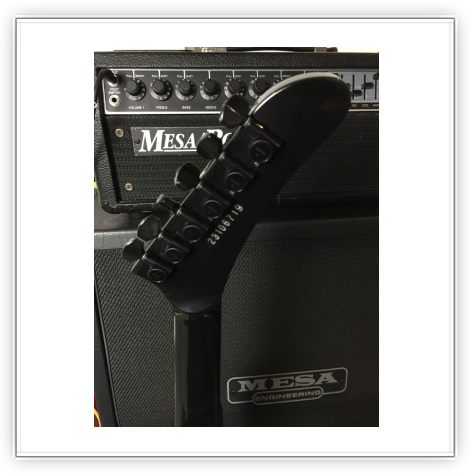 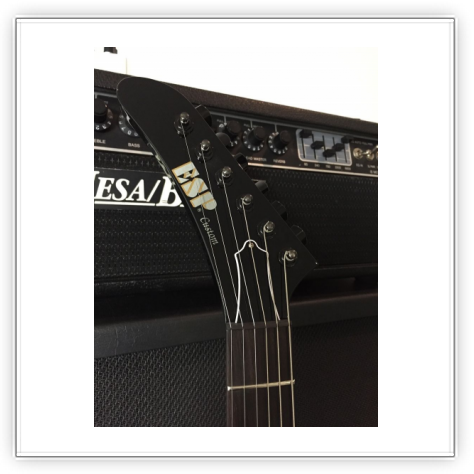