- colors and other features:
- notes: Comes with signature hardcase and certificate of autenticity in leather holder.

From his groundbreaking work with Gn'R, to Slash's Snakepit, to Velvet Revolver and numerous acclaimed solo and side projects, Slash has continued to embody the ultimate rebel rocker, putting addictive licks and eviscerating tone above all else, and throughout he has continued to do it on a Les Paul. To honor this achievement, Gibson introduces the Slash Appetite Les Paul, a guitar equipped with the finest features of the original Les Paul Standards of 1958-’60, and the added punch of Seymour Duncan Signature Series Alnico II Pro Slash humbucking pickups. With looks to kill from a Grade AAA figured maple top with nitrocellulose "Unburst" finish, amber top-hat knobs, rosewood fingerboard with traditional trapezoid inlays, and Slash headstock graphic, and enhanced resonance from a TonePros Tune-o-matic bridge and stopbar tailpiece at one end and a high-density Corian nut at the other, the Slash Appetite Les Paul is as prime a piece of eye candy as it is ear candy.

Playability, naturally, is flawless, thanks to a solid one-piece Grade A quarter-sawn mahogany neck with Slash's preferred slim ’60s profile, and the 12" fingerboard radius and 22 jumbo frets that have made Les Pauls notorious for big, meaty rock bends for more the past 50 years. All Slash Appetite Les Pauls come with plush-lined hardshell case with silkscreened Slash graphic and Owner's Manual.
Body and Finish
Crafted from a Grade AAA maple top and weight-relieved mahogany body, the Slash Appetite Les Paul is finished in nitrocellulose lacquer that replicates a beautifully faded vintage Les Paul Standard. The maple-mahogany combination and thin nitro finish help to bring the most out of these guitars, both tonally and visually.

Neck and Headstock
The guitar’s neck and headstock are made in the classic tradition of the original 1958-’60 Les Pauls. Carved from a single piece of quarter-sawn mahogany, and topped with a rosewood fingerboard, the design incorporates Gibson’s lauded 17-degree back-angled headstock, which contributes greatly to the instrument’s resonance and sustain.

Pickups and Electronics
To Slash's own specifications, the Slash Appetite Les Paul carries a set of Seymour Duncan Signature Series Alnico II Pro Slash humbucking pickups, which are made in the image of the original Gibson PAF humbucking pickups. From a rich, throaty wail at the neck position to a muscular, eviscerating roar at the bridge, these pickups offer all the tonal versatility that has made the Les Paul Standard famous. Their full splendor is transmitted via a Switchcraft selector switch, high-quality potentiometers with Orange Drop tone caps, and a robust Switchcraft output jack.

Hardware
In the image of the great Les Paul Standards of the 1958-’60 the Slash Appetite Les Paul wears a classic set of hardware, all enhanced for the tonal standards Slash demands. A TonePros Tune-o-matic bridge and stopbar tailpiece offer uncompromising resonant coupling between strings and body, while a set of vintage style tuners combines an authentic vintage look with efficient modern performance. 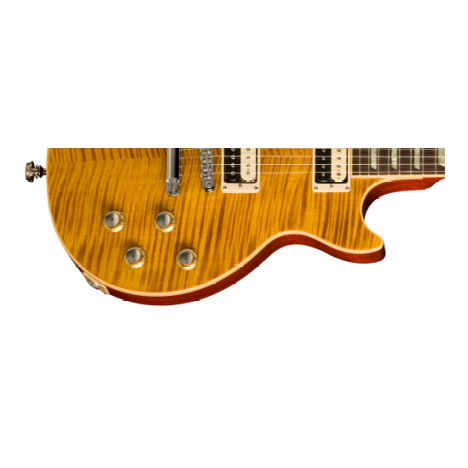 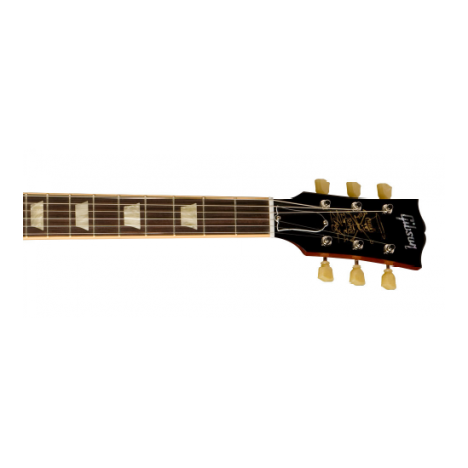 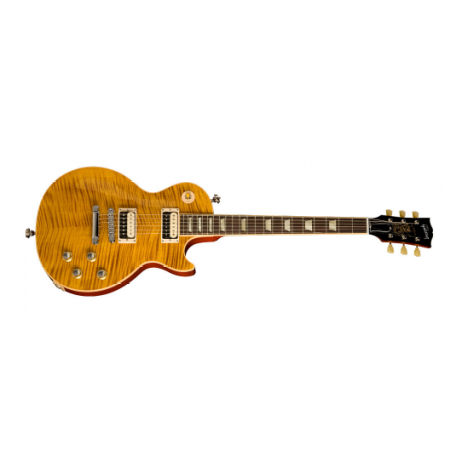 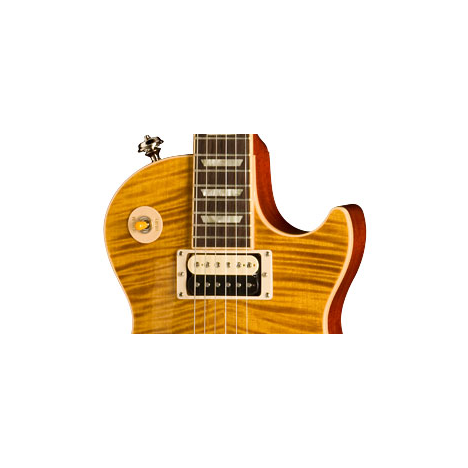 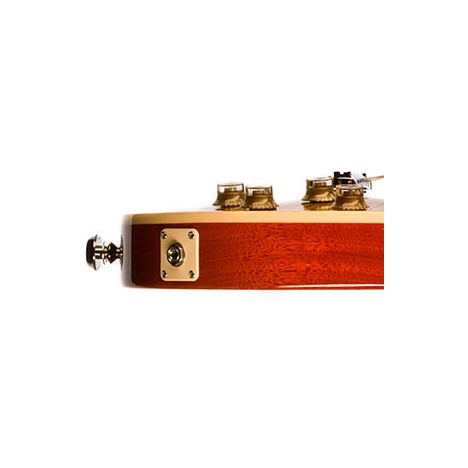 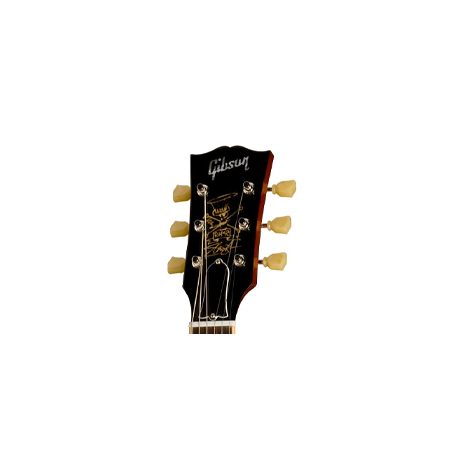