ESP Guitars unveiled the new LTD “Ride the Lightning” limited-edition guitar at Summer NAMM 2014. The guitar was created to commemorate the 30-year anniversary of Metallica’s second album, which was released on July 27, 1984, and features a graphic finish that mimics the cover art of the iconic album.
“ESP and Metallica’s guitarists James Hetfield and Kirk Hammett have a relationship that goes back more than two decades,” says Matt Masciandaro, President and CEO of the ESP Guitar Company. “Last year, we successfully released a limited-edition guitar for the 30-year anniversary of their first album, Kill ‘Em All. We are happy to offer another new Metallica-focused guitar for serious players, collectors, and fans.”
ESP plans to produce only 300 of the LTD “Ride the Lightning” models worldwide, making each one a highly sought-after collectible due to its relative rarity. Its features include an alder body with maple neck (bolt-on construction) at 25.5” scale, and an ebony fingerboard with 24 XJ frets. EMG 60 (neck) and EMG 81 (bridge) active pickups are included, along with TOM bridge and string-thru-body design. The guitar also features a Metallica logo fingerboard inlay, and each guitar includes an ESP form-fit case with the Metallica logo, and a certificate of authenticity.
The Ride the Lightning album helped establish Metallica as a serious contender in the metal arena, and led to their major label signing later in 1984. Some of the now-classic songs on that album include "For Whom the Bell Tolls”, "Fade to Black”, and "Creeping Death”. 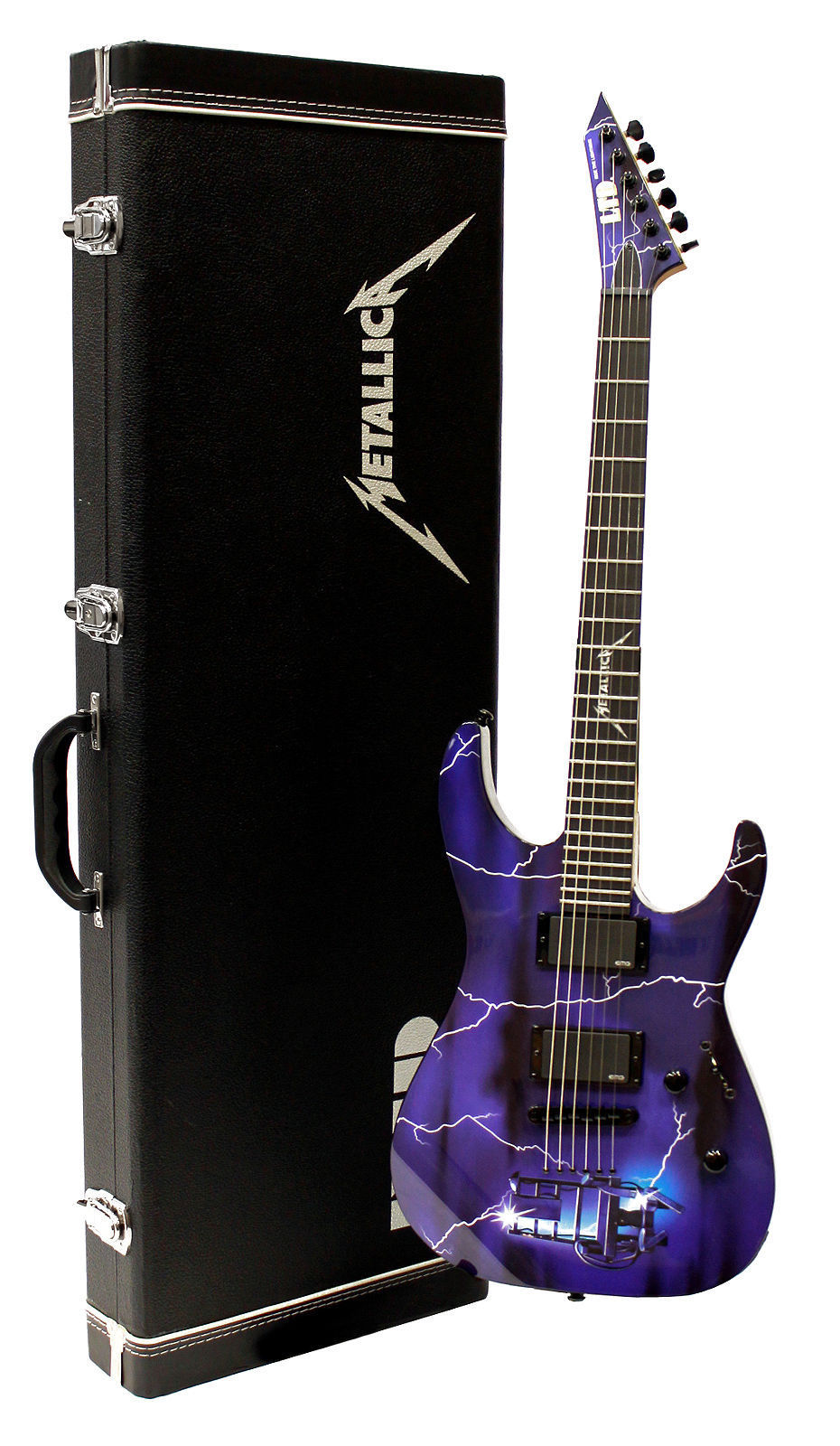 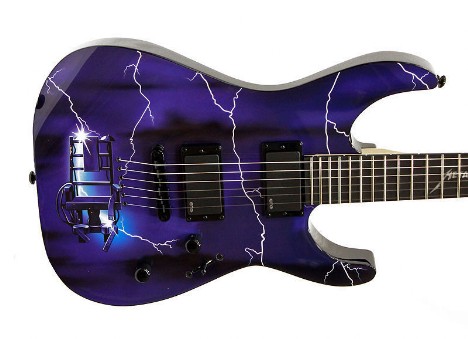 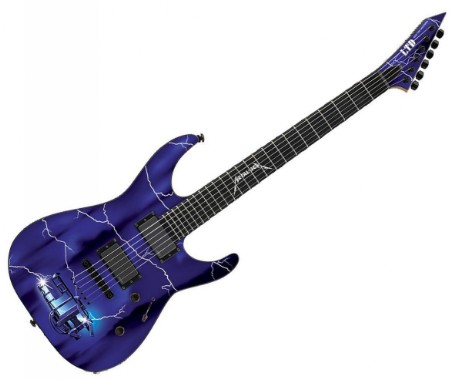 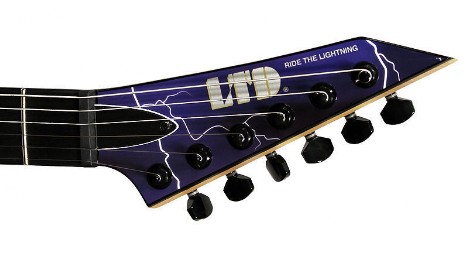